Blessed be the LORD my strength, which teacheth my hands to war, and my fingers to fight.
​- Psalms 144:1

LIONHEART is a supplemental program added into the Adult (Only) Shorin Kenpo Karate system. It is based more on tactics, strategy, and scenario training than it is about techniques. 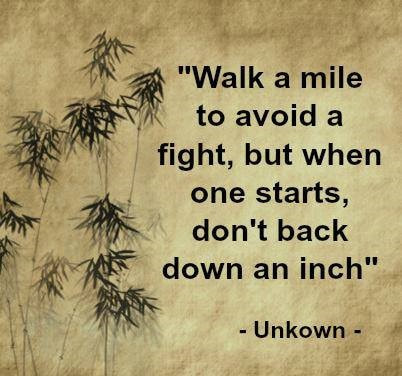 (Syllabus)
Definition - LIONHEART Preemptive Personal Protection (formerly: S.M.A.R.T. Self-Defense) is an on-going modern, non-traditional, defensively minded, combative system. A Modern approach to martial arts & self-defense utilizing multiple systems to address today's threats! Specifically: Modern tactics thru Kenpo Karate, also utilizing Jeet Kune Do Concepts & Modern Weapons Defenses/Tactics. LIONHEART Preemptive Personal Protection is presented in the Adult Kenpo class. It can and will be at times a harsh reality check for how one must protect themselves in today's society. Political Correctness is, and will always be, checked at the door! 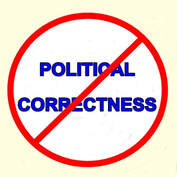 Students learn to AGGRESSIVELY defend themselves!

The following are topics/points that will be covered in LIONHEART:

Learning Visualization and Tactical Thinking
The following points below are covered and presented in detail in our Adult Kenpo Karate classes:
Pre-emptive Steps To Prevent An Assault/Attack

Turn Off Your Filters (Don’t have Inattention Blindness)

Strike ONLY Vital Defined Areas
Continue To Strike Until THE THREAT HAS BEEN NEUTRALIZED, non-functional!

"Style and/or origin, lineage of a technique becomes irrelevant when faced with a threatening target, just hit it! (A lot!)"
​- Hanshi C

Two types of violent behavior: Antisocial vs Asocial> In our Lionheart classes these two states of behavior are defined, deconstructed, and counter tactics for each given.

​ART> Awareness/Responsive/Tactical
Awareness
- Always be aware of your surroundings. Give off a Predator Signal, and ALWAYS follow your gut!
Responsive
- Don't hesitate to respond appropriately to a perceived threat! Analyze the situation and put together the appropriate response. This just might mean not going to a location, event, or establishment that doesn't feel right> follow your gut always! A proper response in many cases could just be to just remove yourself from a possible bad situation.
Tactical
- If Tactical Action is required, overwhelm the threat source, until the threat has been nullified, non-functional. Don't strike to win or even survive. No! Not the right mindset. STRIKE TO INJURE!!!

​"The health and well being of my assailant is NOT my responsibility, nor concern!!!"
- Bill Conley

Function Over Form and Adaptation of Technique

​“If you find from your own experience that something is a fact and it contradicts what some authority has written down, then you must abandon the authority and base your reasoning on your own findings.”
-Leonardo da Vinci

"Martial Arts, both classical/traditional & modern as they are so often identified by, as seen today, tend NOT to be practical against threats of today, and the reality of how an attack can be acted out against you! One must be able to look and derive function over form. If it is found to be more practical, and successful, that the accepted principle and methodology of a technique should be modified/adapted upon, away from the accepted, THEN DO IT!"
- Hanshi C

Do NOT Allow for Atrophy of Technique!
​All of this is a perishable skill! Meaning: If ya don't use it... Ya lose it!!!

​Strike First - Strike Fast!
Like a classic gunslinger, get 'em before they get you!!!

"The Old West Gunslinger knew the mechanics and attributes necessary to win a fight. Those principles can be used today in dealing with an adversary at First Contact. Some years ago, I became aware of, and studied how the gunfighter actually defended themselves. The facts of the matter, to anyone's surprise, does not jive with the romantic impressions of the Old Western Gunfighter. (In the days of the Gunfighter/Gunslinger, they called themselves often as, Shootists. So, I like to call what I do as, Strikist.) The truth of the matter is this: The successful Old West Gunfighter did whatever he had to, to win, to survive. Tricking or baiting his opponent was just fine. The important thing was to get your opponent first! These are all good rules of thumb to follow in today's conflicts! Especially in First Contact Conflict. First Contact Conflict is just that: That point that you are first confronted by a threatening opponent. long before any fighting stance or a physical exchange. The point at the beginning. The posturing, positioning, and the verbalization. Which is how the Old West gunfights would begin and then progress to conclusion."
​- Bill Conley

"At First Contact Conflict, Speed Hitting can play a vitally, positive role. If your first strike has your top speed, clean & precise technique, and a line of site path; it is possible to "freeze" your opponent. Your speed simply, for a split second, paralyzes- freezes their ability to react. This condition can be seen early into the above video, when some of my assistants, are captured on the video freezing at the point of my speed shot. They knew they were suppose to clap their hands together the moment they saw/sensed my movement, even possibly catching my hand. But as you can see, they were "frozen" still at the moment of my strike! Ultimately your First Strike, and before your opponent can get a strike off, is most important at First Contact!"
- Bill Conley

"Trick, manipulate (him or the situation), bait your Attacker! Do whatever it takes to WIN! TO SURVIVE!!! >That's what a successful Gunslinger did!!! And also, after the fact, have a successful legal defense of your action(s)! Proper articulation to investigative authorities is equally as important!"
​- Bill Conley

​"Though defensive violence will always be 'a sad necessity' in the eyes of men of principle, it would be still more unfortunate if wrongdoers should dominate just men."
- Saint Augustine

"Today and everywhere, we have the possibility of radicalized individuals and groups threatening free societies and its innocent citizens. Whether "Home grown," or from away, it could happen anywhere, as past and recent events have shown us. "Low Tech" attacks> i.e. using vehicles, common edged weapons like kitchen knives, any all types of edged weapons, tools like hammers, etc, are now being utilized by these perpetrators of Terror. LIONHEART PPP, presents a self-dense program to present information and techniques aligned to help counter these threats. Radicalized attacks in this webpage are added to what we think of as, "traditional attacks," utilizing conventional and unconventional weapons. No matter where you live in our free societies, you must face the realization, that terror threats are possible anywhere! Much of how you would defend yourself against a possible terror type, low tech attack, is quite similar to regular self-defense. A lot of it is acquiring proper defense thinking> and Following/Listening To Your Gut! Awareness of your environment is first and foremost important!"
​- Bill Conley

​When it comes to an assailant with a weapon: Always your tactical thinking should be Weapon Defense NOT Weapon Disarm!!! There IS a difference! 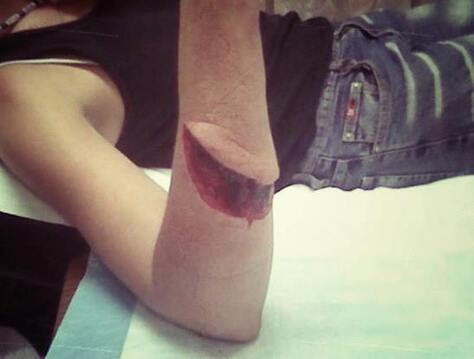 Disarms are techniques of opportunity only. This is one of the "laws" we live by in Inayan Eskrima. If you "plan" to take away a weapon from someone that is determined to put the sharp pointy end into you, you are probably going to suddenly realize that things just didn't work out like you counted on them to. Unfortunately, that lesson may never have an opportunity to mature. The cinema has desensitized us to what an edged weapon can do in this type of situation. They have given the general public the idea that they can simply slap or kick the weapon from someone that intends to do them great bodily harm. That will simply not happen and along the way they will incur lots of damage. By the time they realize it.. it may be too late. My students practice disarms religiously but understand the opportunity must be created or simply present itself before attempting the take away. In combat, as in many other things, opportunities come and go. You must find the timing and have the skill readily available to use when the moment is right. -Tagaturo Klement, the Filipino art of Inayan Eskrima.
"A number of years ago, Master Fusei Kise told me that true self-defense/combat, is like fighting in a phone booth.
​ It's gonna be up close and VERY personal!"
- Bill Conley 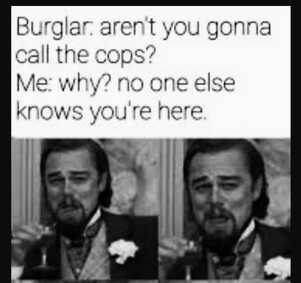 ​​Karate By The Sea is a Division of Conley's Martial Arts